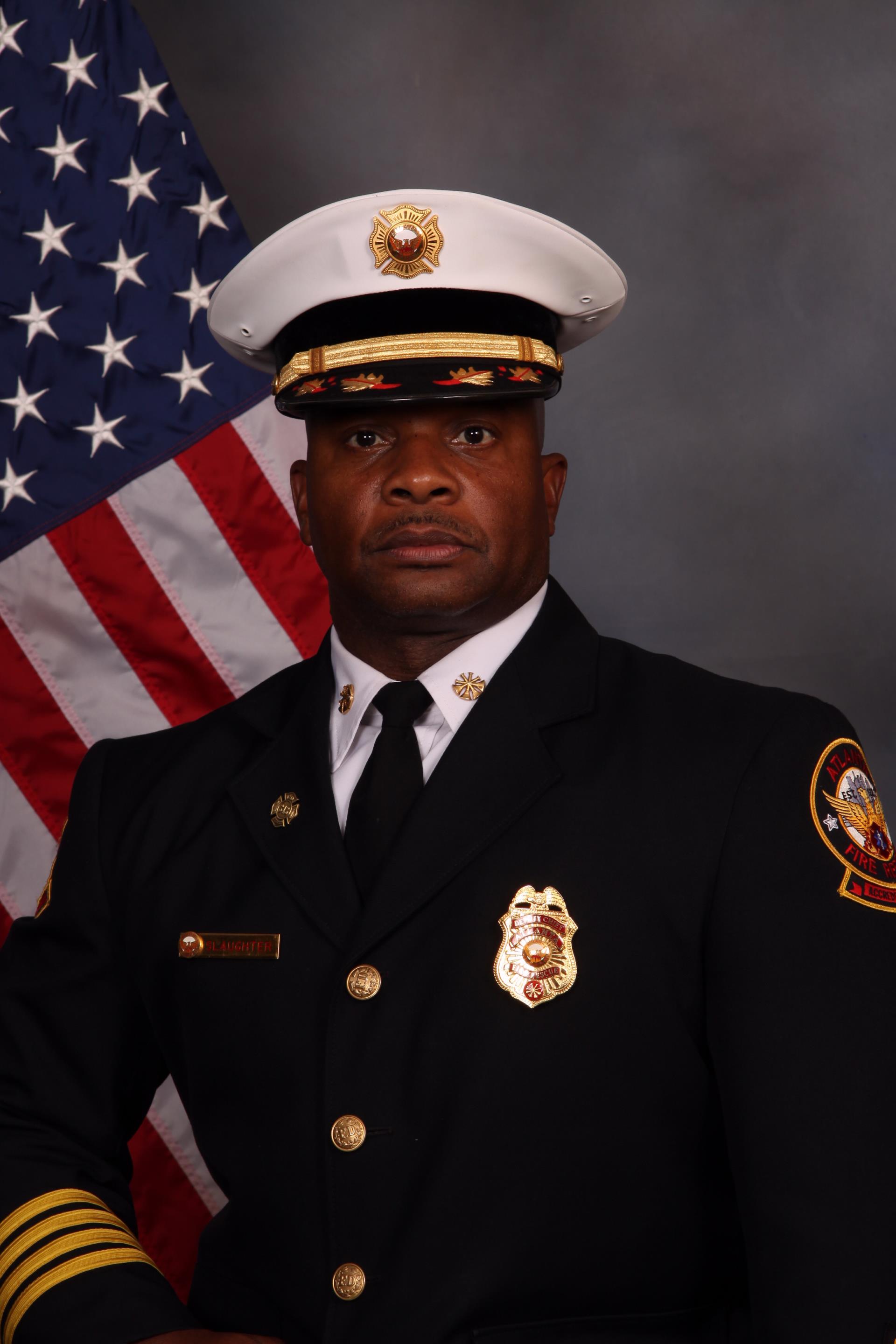 Chief Slaughter is a native Atlantan and a proud graduate of the Atlanta Public School System. In 1990, after completing an active-duty tour of duty with the United States Marine Corps, he began his career with the Atlanta Fire Rescue Department. He is one, of a very few members, who has served in each division of labor and at every rank within the organization; to include serving as the Chief of Training, Chief of Field Operations Division, as well as the Chief of the Airport Fire Division. He was appointed, from Firefighter/EMT, to Fire Medic 1 in 1993 and Fire Apparatus Operator in 1995. He then promoted to the rank of Fire Lieutenant in 1998, Fire Captain in 2000, was appointed to Fire Battalion Chief in 2004, Assistant Fire Chief in 2005, Deputy Fire Chief in 2010, First Deputy Fire Chief in 2015 and Interim Fire Chief in February of 2018.

Chief Slaughter’s leadership philosophy is that of a servant leader. He believes that organizational success is derived from three components: Operational systems + Relationships + Accountability. Furthermore, he truly has a “heart for the men and women”. He constantly reminds other members, in leadership positions, that if “we” are not taking care of the men and women who are in turn taking care of the citizens and visitors; then, “we” need to pack up our things and go home.

Chief Slaughter obtained an Associate Degree in Fire Science Technology, a Bachelor of Science Degree in Policy Studies, and a Master of Science Degree in Public Administration. He is a graduate of the National Fire Academy’s Executive Fire Officer Program in Emmitsburg, Md. and has authored many fire service publications. Currently serving in his 14th year as a Chief Fire Officer, he has had the opportunity to instruct and mentor fire service professionals throughout the country and even internationally.